Departure Chandelier's music shimmers with the aesthetic ardor of apotheosis. It is a communion with the deceased, tracing the pathway of life transmuted into death over dishonor. Although comprised of members of Akitsa and Ash Pool, Departure Chandelier is wholly unique in style and substance and bears little overt resemblance to either of those projects. Recorded nearly a decade ago, Departure Chandelier's debut album, Antichrist Rise To Power, actually preceded the band's demo, The Black Crest of Death, The Gold Wreath of War (2011). Recorded in a basement at grave-level behind the New York City Marble Cemetery (the oldest cemetery in New York City), established as a repository for the dead in 1831, just a decade after Napoleon's death. Within the gates of the small graveyard (where photography for the album was taken during a rare snowstorm) each plot is commemorated with a marble tomb. Compositionally, one hears the heavy influence of Bathory and other seminal acts overwritten by the sound of classic French black metal. Keyboard stabs and swells outline the riffs, accentuating the guitar's stately thrust. Rising out of the music, the vocals seethe, the commingled expression of scorn for life and spiritual dissent. The recording manages to capture the best elements of raw black metal, leaving the guitars brittle and charged, while simultaneously supplying depth and balance. The juxtaposition between the lean, stripped-down essence of the recording with the ornate and complex melodies and florid compositional accents is a perfect complement to the album's boldly unique detail of the Napoleonic era. Co-release with the Nuclear War Now! label. 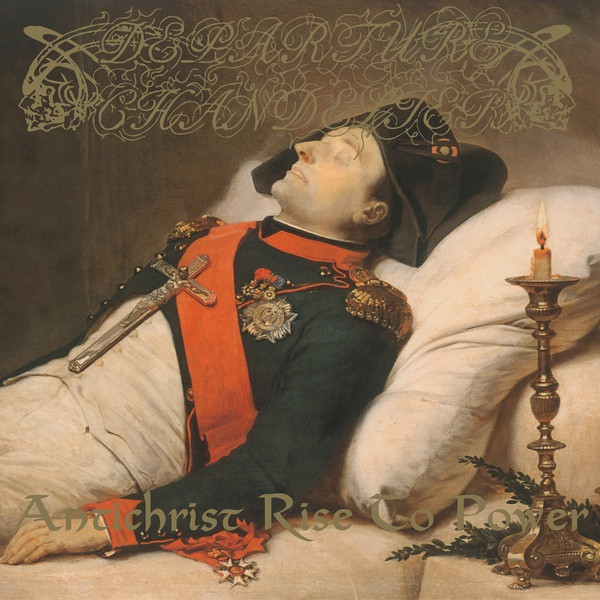 SKULLFLOWER: Werecat Powers Of The Crossroads At Midnight LP

CARMELO BERNAOLA / ALFONSO SANTISEBAN: Horror Rises From The Tomb / The Killer Is One Of Thirteen CD