By now, DEATHHAMMER should need no introduction. For 13 years, this insatiable Norwegian duo have been at the forefront of the burgeoning blackthrash movement. Though blackthrash has seen intermittent surges in popularity over the last few decades, for sole members Sadomancer and Sargeant Salsten, this is a way of life - not a trend. DEATHHAMMER proved as much as with their cult debut album, Phantom Knights, in 2010 and then proved it yet further and more fully - and more furiously and filthily - with 2013's Onward to the Pits and 2015's Evil Power, both of which were released by HELLS HEADBANGERS to widespread international acclaim. And yet, through it all, the duo kept their wits about them, simply being DEATHHAMMER and taking their irresistible (and irresistibly evil) charm to stages worldwide, including a command performance at HELLS HEADBANGERS' Hells Headbash 2 in 2015.

With the stage set thusly, Chained to Hell is a statement of intent for DEATHHAMMER: this is who they are, eternally, and there's no turning back. Everything that's endeared the duo to legions worldwide - bursting-at-the-seams energy, forever-forward momentum, coiling-yet-catchy songwriting, and that strangely clean 'n' clanging guitar tone that's somehow dirtier than most other blackthrash out there - is here, both in a state that's blood-red raw and sagely mature. It's a unique duality that DEATHHAMMER so unselfconsciously exude here, that youthful enthusiasm somehow remaining intact but simultaneously imparting an aeons-old wisdom, the entirety of classic metal history run through a rusty blender. Of course, the firmest foundation still remains that fateful year of 1985, when when Sodom and especially Destruction were releasing their respective, undeniably classic debut EPs - but also of course, DEATHHAMMER possess that elusive charisma that elevates Chained to Hell from lazy pastiche to a crucial component in that blackthrashing continuum.

Some bands age like fine wine, while others are mostly remembered for their early, exuberant energy. With Chained to Hell, DEATHHAMMER prove you can do both! 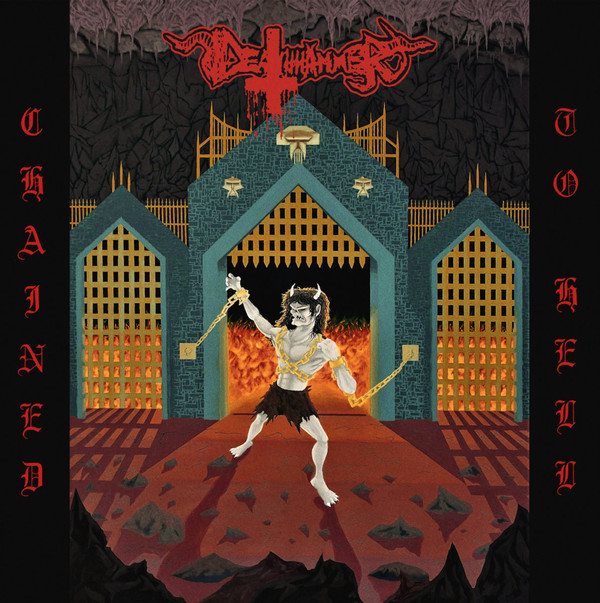 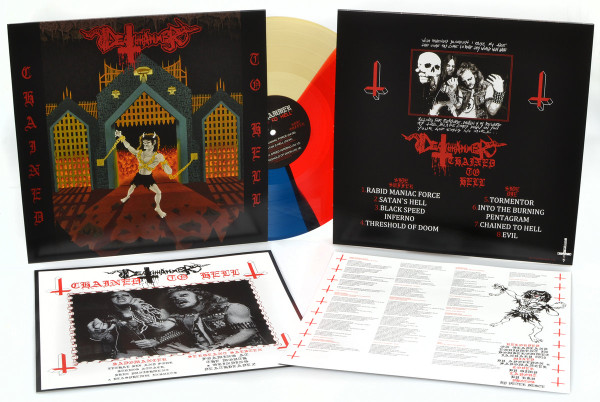 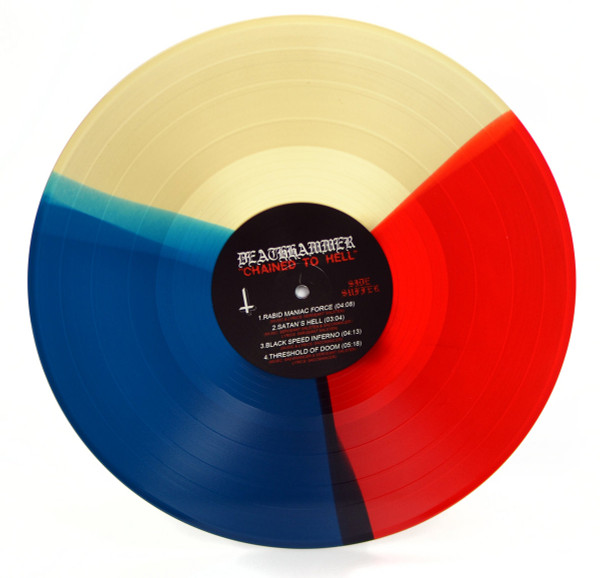 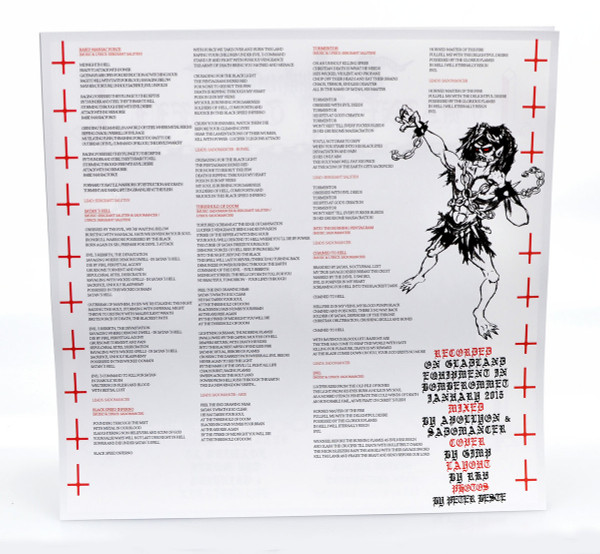