Originally released in 1983 as a cassette and an EP containing three tracks -- "The Search", "I Just Thought", and "Schoolbooks Decide" -- by Innocent Records. This is a remastered version of the cassette including a couple of unreleased tracks. Electronic post punk and synth pop waves travel in circles, spiraling around solid blocks of underground experimental rhythmics. A proper treasure in the hidden realm of '80s experimentation, some of the most brilliant occult song lines of music innovation of its era show in these songs. It has the marks of a domestic piece of art where you can hear the anxious tension between the mechanical production of goods, and the need to consume pleasure in your free time; both as unsatisfying, both as devoid of essence. Around this dialectic, we hear the result of homemade repetitive music as a reflection on consumer existence. Not totally conceptual, but very much thought out, the success of these tunes is both its initial idea, and the end product. You can hear a solitary room of composition, and an art gallery of exhibition with interacting bodies. The imaginative sound design, and actual very catchy composition make this one of the most memorable entries in the fertile innovative music canon of its time. David Chesworth (born 1958, Stoke-on-Trent, United Kingdom) is an Australian-based interdisciplinary artist and composer. Known for his experimental and at times minimalist music, he has worked solo, in post-punk groups (Essendon Airport, Whadya Want?), electronic music, contemporary ensembles, and experimental performance. Industry & Leisure was partly written while Chesworth was Artist In Residence at the Praxis Community Art Foundation in Fremantle, in 1981. RIYL: A Certain Ratio, Talking Heads' Remain In Light mixed with Dark Day, Ike Yard, Din A Testbild, Marc Barreca. 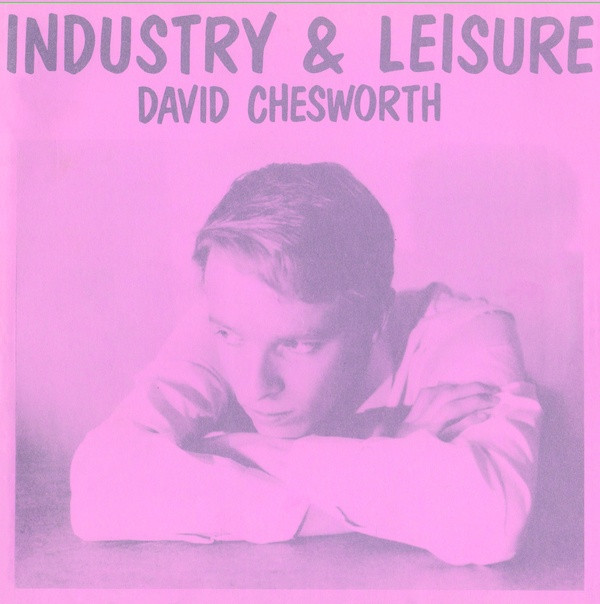