Includes printed inner sleeve and download code. The origin of this collaboration began two months prior to the Fukushima disaster in Japan. Dakota Suite had been touring Japan with their friends from the Japanese band called Vampillia and had been in several coastal locations in Wakayama as well as places near to Fukushima. The tsunami was very upsetting for Chris Hooson and David Buxton from Dakota Suite who then set about making music to reflect this overwhelming sadness and loss for Japan with a desire to reflect the phases of the disaster, the rising violent seas, the destructive power and loss preceding sorrow at the devastation which followed. They approached Vampillia to work on these somber reflective songs for the sea. Vampillia is next alternative music from Osaka. Guitar, noise guitar, bass, piano, classical strings, Velladon on Opera, Mongoloid on the dark metal vocals alongside twin drummers Talow the Tornado (Nice View, Turtle Island) and Tatsuya Yoshida (Ruins). From this lineup of ten (sometimes more) comes experimental and beautiful dark music. They have previously collaborated with acts such as µ-Ziq, Merzbow, Nadja and Lustmord. Their intense experimental style is the perfect fusion with the Dakota Suite aesthetic. Chris Hooson was haunted by images of floating pieces of wood which had once been someone's ancient dwelling. The music Dakota Suite & Vampillia have recorded on The Sea is Never Full seeks to provide a mechanism to deal with this pain cathartically. Various short pieces were passed between Dakota Suite and Vampillia, who added strings and the distinctive throat singing of Mongoloid. Japanese throat singing speaks to an ancient method, called rekukkara. It is tonal rather than melodic. As Hooson says "It seemed an appropriate way to convey the sadness we felt at the horror of Fukushima, which knows no words to express it accurately." After basic recording had been completed, David Buxton, took apart every note of the music and created a two-part suite. This had a seismic shift in the project, the music is presented in that form. Together with Vampillia they have sculpted a truly epic record spanning musical styles from ambient and experimental to post-rock and neo-classical. 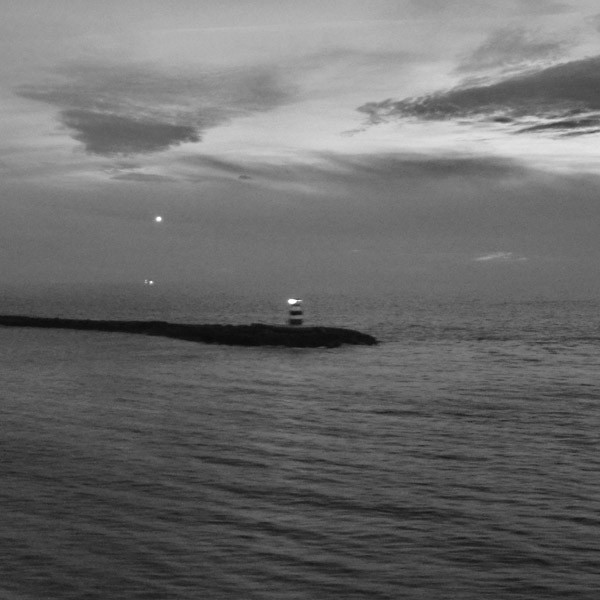