Mike Stax on the 7": "Craig Smith was a Southern California golden boy: smart, funny, good looking, gregarious and gifted. Success came easy to him in the 1960s, his winning smile flickering on TV screens across America, his songs recorded by The Monkees, Andy Williams, and Glen Campbell, and his band, The Penny Arkade (produced and mentored by Michael Nesmith) poised for the big time. But in 1968, after revelatory experiences with LSD and meditation, he walked away from the music business and set out along the Hippie Trail from Istanbul to India. Then tragedy struck. A horrific attack in Kandahar, Afghanistan triggered a complete mental breakdown, and when Craig returned to California he was not the same person. Craig Smith became Maitreya Kali, a self-professed psychedelic guru with a serious Messiah complex and black widow spider tattooed on his Third Eye. Maitreya laid out his bizarre vision on two brilliant albums, Apache and Inca, pressed up in tiny quantities in 1972 and now among the most sought-after psychedelic artifacts in the world. Written and recorded in 1969-70, 'Sam Pan Boat' is one of his most haunting and unerringly beautiful songs. The version here is remastered from the Inca album. 'Race The Wind' was sourced from a two-sided acetate demo recorded around 1968-69. Take 2 of the song was included on the album Love Is Our Existence (MAM 201CD/101LP, 2018). The slightly more vigorous Take 1 is being released for the first time here." 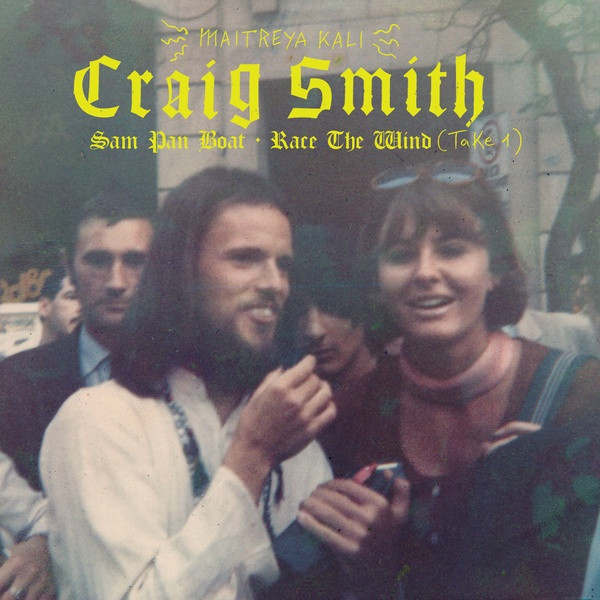