Deluxe edition and definitive release of the Iconic Horror Film soundtrack firmed by Claudio Simonetti for the Horror/Gore movie Demons by Dario Argento and Lamberto Bava. The lower tones as the main characters move through the dark theater give a distinctly 'creepy' air to the movie. A distinctly fightening melody characterizes the 'transformation' sequences as the 2nd prostitute slowly becomes a demon. The same melody appears throughout the film in different places. 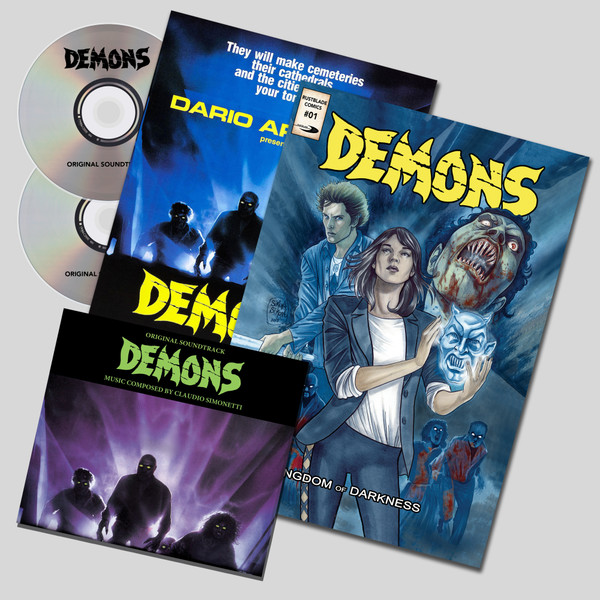