Secrets of Laceration takes notable steps further toward direction CB has been heading over last few albums. Most of the songs have rejected the traditional rock structure and flows forward with different approach. Less of verse/chorus -type, more advanced riff- and song writing and being perhaps the slowest and heaviest of Clandestine Blaze albums, does not mean it would not be violently ugly. Fuzzy veil of distortion is drilling mercilessly on top of music. Despite clarity and fullness, nothing is very easy listening. In times when a lot of Finnish Black Metal is characterized by uplifting and almost joyful qualities, Clandestine Blaze reeks of destructive energy, bleakness and malignant qualities of known from the original malevolent Black Metal. Bizarre discordant melodies, hard hitting metal riffs, slow paced apocalyptic visions and fierce fast assaults are all blended together into one album. 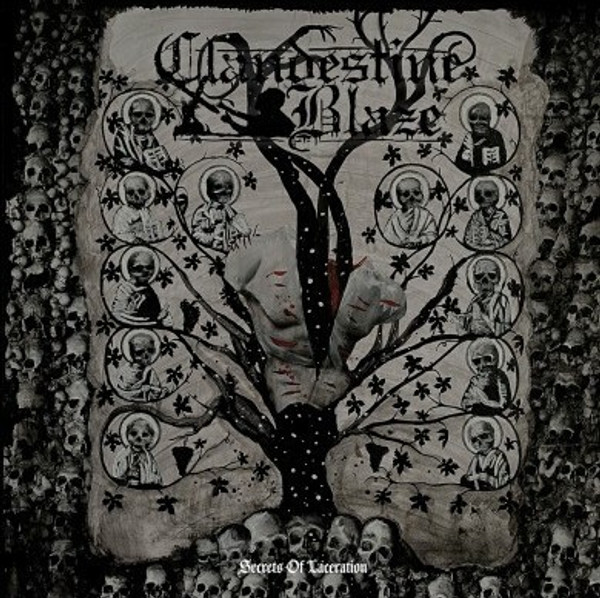 A BLAZE COLOUR: Against The Dark Trees Beyond LP