In a submerged terrarium city under the sea, oxygen is scarce, societal classes differentiate the rich from the poor, and an unseen deity has totalitarian control over all. The inhabitants' soulless faces express hopelessness in an all too familiar feudal world. In this sci-fi concept album, Buio Mondo's wonderful blend of synths and driving percussion, reminiscent of Vangelis and Carpenter, tells the story of a dystopian society that would not be considered far-fetched, given the stranger than fiction state of the world we live in today. 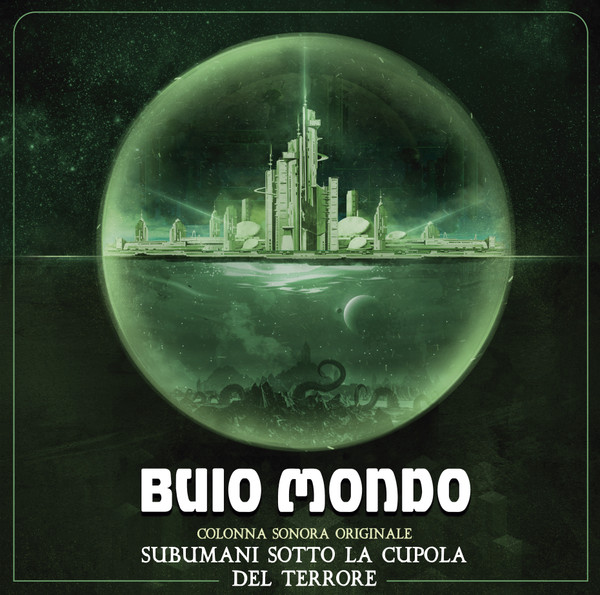 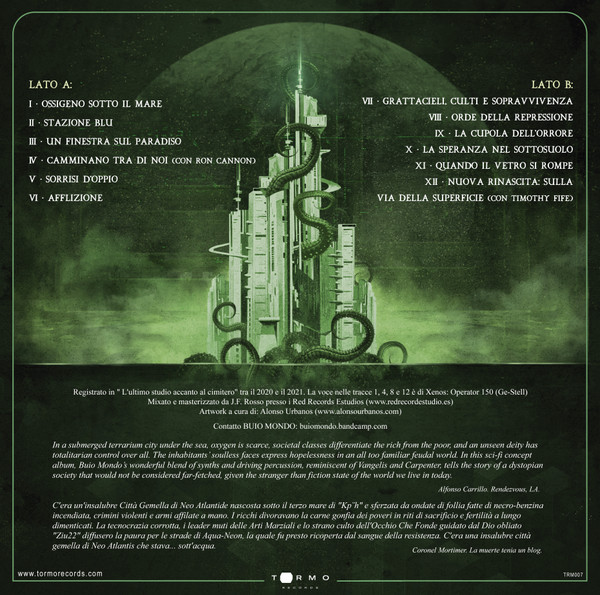 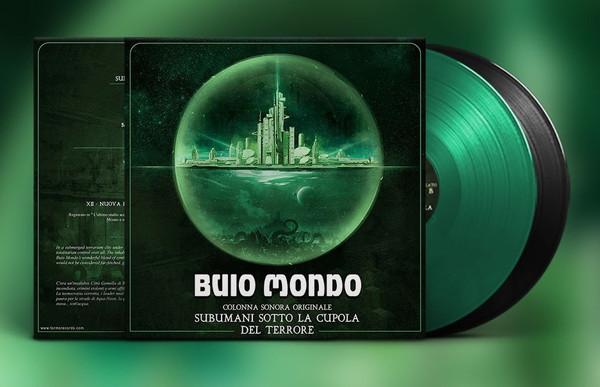