Fortunately for fans of The Last Drive-In, John Brennan contributed brand-new material to the soundtrack with a punk version of “The Drive-In Oath” (with lyrics by Joe Bob Briggs) as well as an “Everybody’s Free (To Wear Sunscreen)”-inspired remix of the same for the season finale’s closing credits. But the great new songs did not stop there; John Brennan famously closed out the final feature of the season, Hello Mary Lou: Prom Night II, on screen. Resplendent in a sequined tuxedo jacket and wielding an electric guitar, Brennan delivered his dreamy, doo-wop-inspired “Come On Mary Lou (It’s Prom Night II)” as Joe Bob crowned Darcy the prom queen of The Last Drive-In. 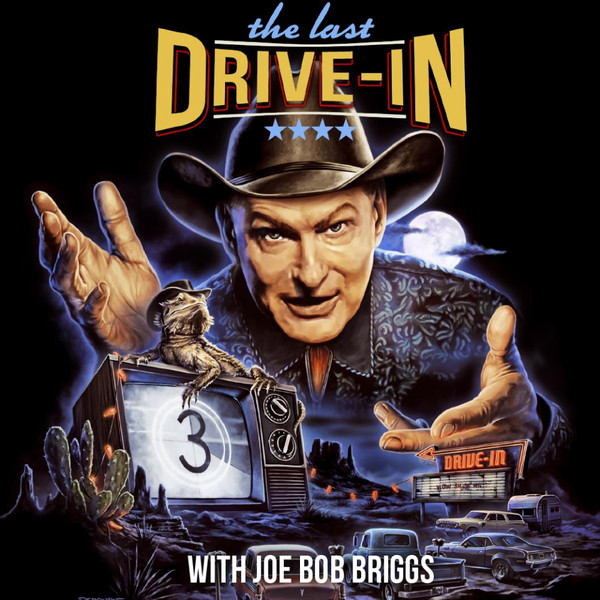