The Bad Seed meets Halloween in this deliciously twisted early '80s slasher offering directed by Ed Hunt (The Brain) and starring the always loveable Lori Lethin (Return to Horror High, The Prey). Debbie, Curtis and Steven may seem cute as buttons. But their angelic facade conceals the wicked, murderous streak given to them having all been born under the same solar eclipse. With the grown-ups around them blissfully unaware of their little darlings' homicidal tendencies, the evil brats begin to bump off the adults one-by-one. By gun. By arrow. By cake. Bye-bye! Mixing the killer-kid subgenre with elements of the then-booming slice-and-dice movie, 1981's Bloody Birthday shocks and appalls with its scenes of young children shooting, strangling and bludgeoning their way through the local population. They sure don't (and can't!) make 'em like this anymore. 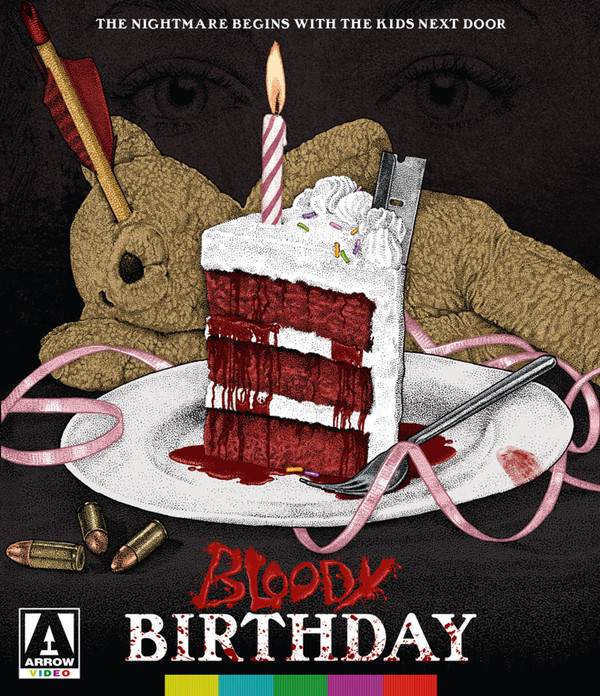