"In a trajectory full of about-faces, Music for Four Guitars splices the formal innovations of Bill Orcutt's software-based music into the lobe-frying, blown-out Fender hyperdrive of his most frenetic workouts with Corsano or Hoyos. And while the guitar tone here is resolutely treble-kicked -- or, as Orcutt puts it, 'a bridge pickup rather than a neck pickup record' -- it still wades the same melodic streams as his previous LPs (yet, as Heraclitus taught us, that stream is utterly different the second time around). Although it's a true left-field listen, Music for Four Guitars is bizarrely meditative, a Bill Orcutt Buddha Machine, a glimpse of the world of icy beauty haunting the latitudes high above the Delta (down where the climate suits your clothes). I've written before of the immediate misapprehension that greeted Harry Pussy on their first tour with my band Charalambides -- that this was a trio of crazed freaks spontaneously spewing sound from wherever their fingers or drumsticks happened to land -- but I'll grant the casual listener a certain amount of confusion based on the early recorded evidence (and the fact that the band COULD be a trio of crazed freaks letting fly, as we learned from later tours). But to my ears, the precision and composition of their tracks were immediately apparent, as if the band was some sort of 5-D music box with its handle cranked into oblivion by a calculating organ grinder, running through musical maps as pre-ordained as the road to a Calvinist's grave. That organ grinder, it turns out, was Bill Orcutt, whose solo guitar output until 2022 has tilted decidedly towards improvisation, while his fetish for relentless, gridlike composition has animated his electronic music (c.f. Live in LA, A Mechanical Joey). Music for Four Guitars, apparently percolating since 2015 as a loosely-conceived score for an actual meatspace guitar quartet, is the culmination of years ruminating on classical music, Magic Band miniatures, and (perhaps) The League of Crafty Guitarists, although when the Reich-isms got tossed in the brew is anyone's guess. And Reichian (Steve, not Wilhelm) it is. The album's form is startlingly minimalist -- four guitars, each consigned to a chattering melody in counterpoint, repeated in cells throughout the course of the track, selectively pulled in and out of the mix to build fugue-like drama over the course of 14 brief tracks. It's tempting to compare them to chamber music, but these pieces reflect little of the delicacy of Satie's Gymnopedies or Bach's Cantatas. Instead, they bulldoze their way through melodic content with a touch of the motorik romanticism of New Order or Bailter Space ('At a Distance'), but more often ('A Different View,' 'On the Horizon') with the gonad-crushing drive of Discipline-era Crimson, full of squared corners, coldly angled like Beefheart-via-Beat-Detective. Just to nail down the classical fetishism, the album features a download of an 80-page PDF score transcribed by guitarist Shane Parish. And while it'd be just as reproducible as a bit of code or a player piano roll, I can easily close my eyes and imagine folks with brows higher than mine squeezing into their difficult-listening hour folding chairs at Issue Project Room to soak up these sounds being played by real people reading a printed score 50 years from now. And as much as I want to bomb anyone's academy, that feels like a warm fuzzy future to sink into." --Tom Carter Recorded Winter/Spring 2021 at the Living Room, San Francisco. Mastered by James Plotkin. 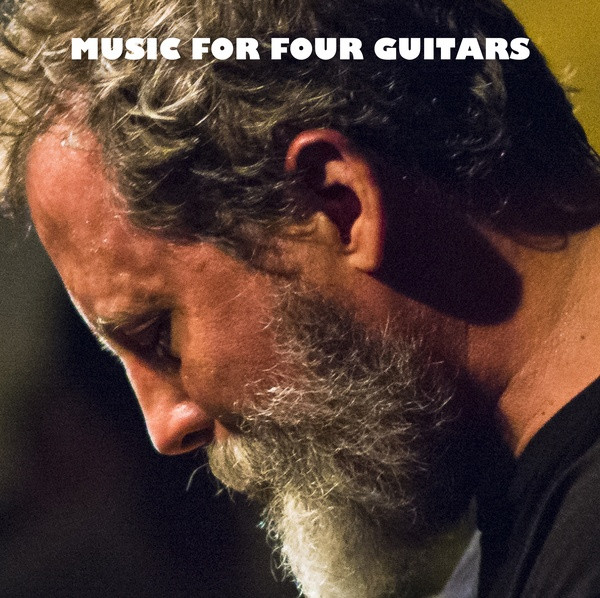