The musical score for Conan the Barbarian was composed and conducted by Basil Poledouris. The film's music mostly conveys a sense of power, energy, and brutality, yet there are tender moments. The sounds of oboes and string instruments accompany Conan and Valeria's intimate scenes, imbuing them with a sense of lush romance and an emotional intensity. Conan the Barbarian is a 1982 American fantasy film co-written and directed by John Milius. It is based on stories by Robert E. Howard, a pulp fiction writer of the 1930s, about the adventures of the eponymous character in a fictional pre-historic world of dark magic and savagery. The film stars Arnold Schwarzenegger and James Earl Jones, and tells the story of a young barbarian (Schwarzenegger) who seeks vengeance for the death of his parents at the hands of Thulsa Doom (Jones), the leader of a snake cult. Continuing with it's soundtrack reissue campaign UME reissue this title back on standard weight vinyl for the first time in years. 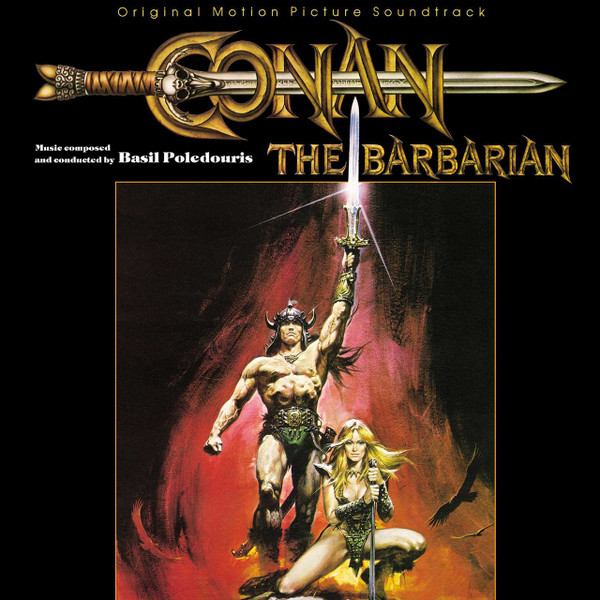