Three unheard 1960s and 1970s reels from the unreal and unreleased Basil Kirchin Tape Archive. Sublime pastoral jazz, autistic children screaming, spooky vocals, experimental tape manipulation, and much more from the master of such things. The three parts of this new Basil Kirchin album come from three very different tapes from his archive. All parts were unreleased until now. "Pat's Pigs" actually sounds like a Basil bird recording, slowed and treated, mixed with simple improvisation. But it could well be pigs. Pat's pigs. This whole tape recording may have been an early experiment towards what was to become Kirchin's Worlds Within Worlds Parts I and II (JBH 080LP). A lot of Basil's work was headed in that direction. "Electronic" is not that electronic. There are elements of the classic Basil Kirchin drone sound here, mixed with multiple and treated recordings of the autistic children of Schurmatt, along with Esther, his wife, singing. Esther worked as a nurse with the children, Basil got to know many of them, and became fascinated by the extreme musical noises they would make with their voices. This recording is not necessarily for the faint hearted, but makes for extraordinary listening, based on the fact this would have been made and mixed, simply as a classic and progressive Kirchin experiment, back in the late 1960s/early 1970s. This also has untreated elements that would eventually contribute towards Quantum, his preferred version of the WWW concept. "The Suspended Fourth" comes across like a soundtrack. It has a very distinctive and pastoral Kirchin style leitmotif that repeats along its glorious and slightly disturbed 21 minutes. It's very well produced, possibly built up and improvised over a few days. The tape itself states that this is The Suspended Forth with a subtitle: "The Musical Study Of A Mind, Part 1 Schizophrenia". It therefore could be something to do with a soundtrack he was asked to make for a mental health conference for psychiatrists at Earls Court in the late 1960s (see States Of Mind, -- the British jazz musical line seems like it could well be the very same). The original title for this album and the artwork come from an empty tape box from the archive, which sums up all sorts of things about Basil, his music, and the tape archive all at the same time. More reel discoveries will follow. Full color sleeve with sleevenotes.

A1. Pat's Pigs
A2. Electronic
B1. The Suspended Fifth 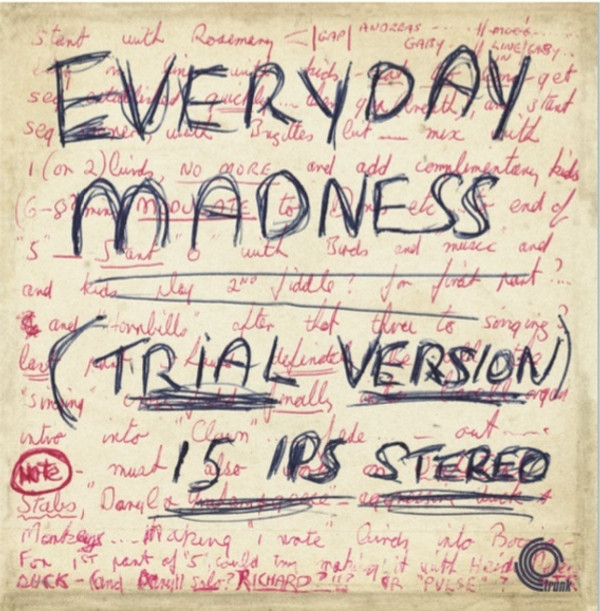 BASIL KIRCHIN: Worlds Within Worlds: Part I And II LP