Be With have raided the KPM archives to re-issue another of our favourites from the KPM 1000 series.

We say: One of the best-loved of all the KPM LPs.

Afro Rock was recorded at Morgan Studios by John Cameron and Alan Parker in London in 1973 as a collection of stripped-down African rhythms, virtuoso jazz instrumentation, fuzzed up wah wah guitars and spaced out library breaks. The percussion is effortlessly funky, and those flutes so melodic, it’s as if the LP was crafted with the beat lovers of the future firmly in mind.

As Cameron himself described it in Unusual Sounds, this is “heavy duty drum-and-bass salsa music”.

As with all of our KPM re-issues, the audio for The Road Forward comes from the original analogue tapes and has been remastered for vinyl by Be With regular Simon Francis. We’ve taken the same care with the sleeves, handing the reproduction duties over to Richard Robinson, the current custodian of KPM’s brand identity.

And don’t worry! Those KPM stickers aren’t stuck directly on the sleeves! 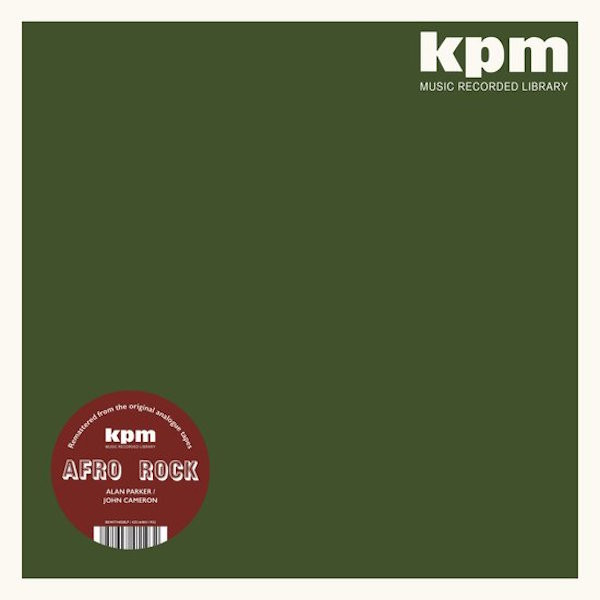