At the threshold of its 20-year anniversary, Akitsa presents Credo, the band's sixth full-length and their most focused, furious and hypnotic album to date. Throughout its history, the band has operated unconstrained, willing, and capable of simultaneously exploring divergent paths. The accretion of Akitsa's sprawling array of influences finds its most comprehensive expression on this album. Musically, O.T. handled the writing for the album, and there is a compositional coherence to it, despite the shifting moods of the tracks. The lyrics, however, were a shared endeavor; O.T. furnished the lyrics for two tracks as did Néant. Additionally, longtime Akitsa associate and visual artist Valnoir provided lyrics for another track. The drum programming on the title track, is supplied by Kris Lapke of cult industrial enigma Alberich, lending a barbaric strength to the title track. A critical component for the album, adding clarity to the sound without sacrificing the raw violence that has long characterized Akitsa's music, is the visceral mixing, mastering, and post-production by revered producer Arthur Rizk (Prurient, Pissed Jeans, Power Trip). Credo opens with "Siécle Pastoral", a driving, mid-paced riff before shifting into more tortured territory as O.T. delivers the lyrics, a poem by French poet, Jean-Baptiste-Louis Gresset. "Voies Cataclysmiques," is a physical attack, its belligerence standing in contrast to the atmospherics of "Siécle Pastoral", and "Le Monde Est Ma Bile", which showcases the band's unfolding of sorrowful melodies. "Espoir Vassal" is a vicious track featuring soaring, agonizing riffs with hints of Norwegian influence, before the frenzied and tense "Vestiges Fortifiés". The album closes with the title track, combining the most salient elements that define Akitsa's work to date. Across ten minutes, Néant's lyrics, bellowed out in French by O.T., are a pure manifestation of poetic nihilism. The track is thus the metric by which Akitsa will be recognized. That a band would produce its finest work so deep into an already sensational career is an undeniably rare achievement in metal, and in Akitsa's case, it is a testament to the band's tenacity and versatility. After three years of total silence from Akitsa, Credo is a culmination of the band's catalog and rise in cult status and arguably the finest representation of its pure underground devotion. LP in deluxe metallic print sleeve. 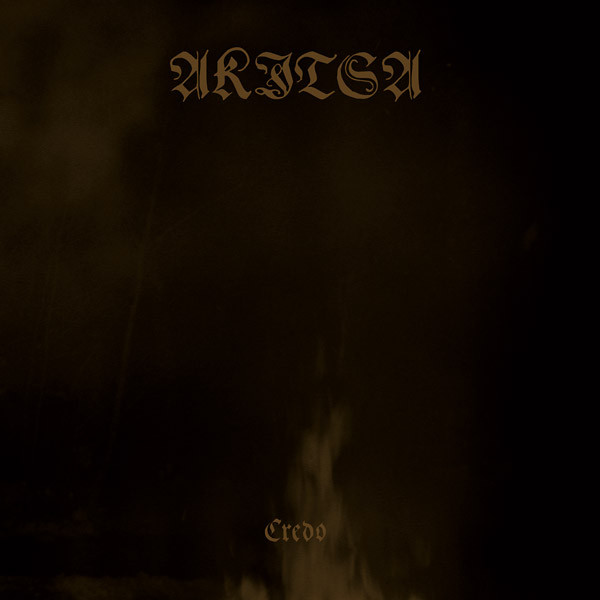