It's been four long years since ABYSMAL LORD's cult debut album for HELLS HEADBANGERS, Disciples of the Inferno. In that time, the bestial metal resurgence has hit maximum occupancy, and each new pretender to the throne sadly waters down the atavistic power the subgenre once held, neutering the cruel 'n' caustic counterpoint bestial metal offers to the increasingly safe "black metal" scene. Also during that time, while ABYSMAL LORD have only delivered one scant recording - a split 7" with equally stout bestial comrades Crurifragium, released last year via HELLS HEADBANGERS - the Louisiana natives haven't sat idly by, taking to many a stage across the United States and unleashing their war command upon more and newer audiences.

Now, when "bestial metal" is arguably on life support, do ABYSMAL LORD return with their filthiest 'n' foulest creation, Exaltation of the Infernal Cabal. Not once betraying their original aims, so rudely and righteously portrayed across their Storms of Unholy Black Mass debut EP in 2014, ABYSMAL LORD simply stick to what they do best - utilizing the classic bestial metal schematic of OTT explosion and forward propulsion and then malforming it into morbid, miasmic shapes, always angular and antagonizing at every crooked turn - and deliver it with a fury and conviction that's startling to behold. While no great changes have been made to that iron-clad aesthetic, if anything, Exaltation of the Infernal Cabal explodes with (and amazingly maintains) an urgency that somehow manages to revitalize the bestial metal idiom whilst following it to the rotten, black/white/red letter. And that's to say nothing of the absolutely unhinged and frankly bonkers guitar soloing on display here; ABYSMAL LORD are truly exploring the most depraved depths of black/death.

A statement from the band reads: "The Abomination is born once again. Hail AntiMother, from whose foul loins drips the pestilence of mankind's ruin. Come fiends and witches, Races of Jehovah's Despair. Witness the pomp and fanfare of the victory procession and lose your soul in the Exaltation. Another pact is made over desecrated graves and rusted steel."

The throne is corrupt; there steps forward ABYSMAL LORD, to assume their rightful place. Behold their Exaltation of the Infernal Cabal and tremble before unspeakable doom. 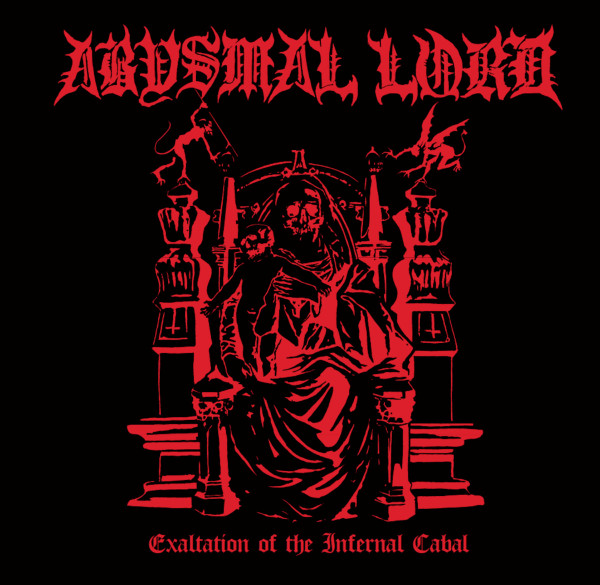 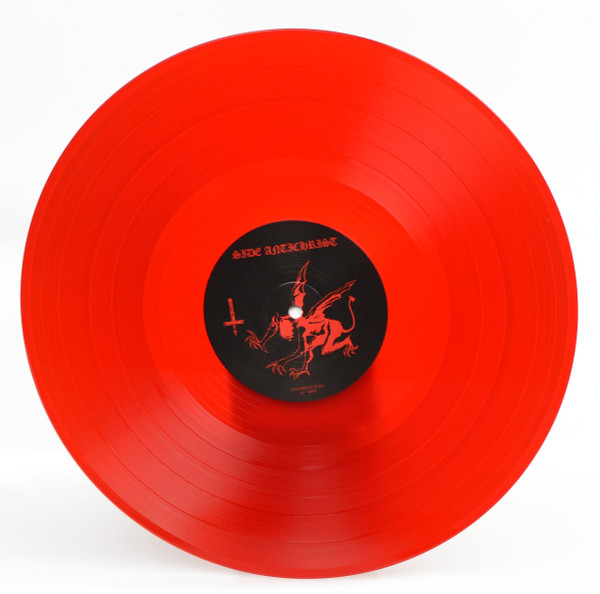