Sought-after Belgian minimal synth finally reissued and compiled. Against a backdrop of cold war and economic crises, the DIY attitude of the earlier punk movement had spawned near countless new genres where artists and bands broke the three-chord guitar mold and experimented with new content matter, singular song structures and -- in many cases -- new instruments. Synthesizers became affordable and were no longer the sole privilege of rock millionaires. All around the globe, musical creativity boomed as never before, and Belgium was no exception. Ludo Camberlin and Karel "Bam" Saelemaekers already had a certain track record in Leuven's burgeoning music microcosm. But what they shared would become the cornerstone of A Blaze Colour (Against The Dark Trees Beyond): a fascination for new forms and instruments, a penchant for sonic adventure and a profound love for gripping songs. After appearing on the first No Big Business LP (1981) with the instrumental "Fisk", A Blaze Colour's first proper release, as was so often the case in those days, was a self-produced cassette. The music -- which would later be dubbed "minimal" -- was characterized by the use of basic rhythm machines (Boss Dr. 55, mainly) and analog synthesizers (Korg Delta and MS20, Roland SH-2 and Jupiter IV, and Casio VL-1). Camberlin's vocals, meanwhile, displayed an aloofness totally in sync with the zeitgeist. Equally important, though: all five tracks on this cassette were bona fide songs with a clear sense of structure, aided by a sonic mastery that demonstrated a high level of experience. A few months later, the band released a seven-inch single on its own ABLACO label. "Dark Trees Beyond", a quirky pop song, was coupled with "Addict Of Time", a dark and brooding spoken word piece. The Minny Pops' Wally van Middendorp, who had founded the Plurex label in 1978, invited A Blaze Colour to his studio in the Netherlands, to record an EP. It would prove to be a massive step forward: recording in a semi-professional studio offered great possibilities, the recently acquired TR-808 drum machine allowed for a broader rhythm palette, and the three new tracks (next to the re-recording of "Through With Life") showed a band on the top of their game. Meanwhile, Camberlin had already carved out a bit of a reputation for himself as a producer, while Saelemaekers was a respected graphic designer. It remains uncertain if this played a big part in the end of A Blaze Colour. Short, sweet, visionary, pioneering, and highly influential. First ever compilation of one of the most colorful electronic acts of its time. 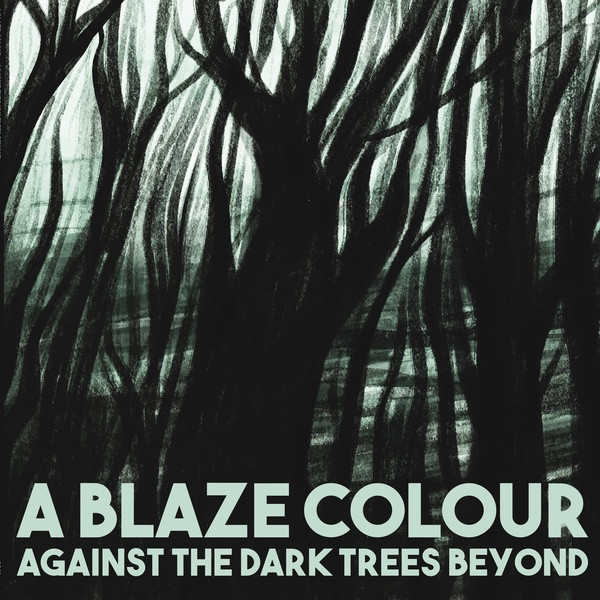 FEDERALE: All The Colours Of The Dark LP

WOJCIECH GOLCZEWSKI: Beyond The Gates LP